The fault is not in our stars, but in ourselves

I followed Junior Wavell through the large portico into the huge hall room which Lord Wavell used as his visitors room. He walked right ahead, and as I followed, I could not help but marvel at the precise choice of furniture and vintage artifacts used to decorate this house. I had only met Lord Wavell once in his life time, and I was well aware that he was a man with an acute interest in beauty, but, the fact that he was liberal enough to stretch the realm of beauty to include artistry, I had no idea. He appreared to be a no-nonsense businessman, I revere him for being a shrewd profiteer, there’s no harm in that, he was just being professional like the guy who makes a living by slitting throats of pedestrians under the bridge at nights. Such people you will always be cautious of, but, they are no different from you and me, only that their occupation compels them to be “Cut-throat”. Just as I was devouring the antique theme of the mansion, a particular Victorian statue caught my interest. Drawn by curiosity I halted to get a better look. This was a bronze statue of a girl holding a bird in her hand. It was an original, not a fake duplication, not a copy by a contemporary and surely not a novue artist’s impression. It was atleast 120 years old and costed likewise even by any modest estimation. Junior Wavell had been so busy hearing himself speak that he hadn’t even realized I wasn’t with him or ever been listening. He paused, followed his steps back to me and looked angrily at me for an answer. I threw a question at him in response, “this..?”. “Its his collection, you know, he made this place a mess. May be he thought all this was Chic.” His curious choice of words, Chic in particular, amazed me. “Chic?” my reflex responded as it would if someone attacked me with an army knife. I smirked.

Lord Wavell was a wealthy businessman, since his death last March, his business has suffered an irreparable amount of financial and non-monetary loss. I was not able to equate the two occurences, a death and a business loss. I was smelling a mystery, some sabotage, an insider’s play, perhaps. Yet, Junior’s one skeptical word made it all clear before my eyes. It was him. Wavell senior had a model of operation, that was Lord W himself, with him died the model, the new manager did not see any merit in the old ways, called upon himself the doom. I bid his pardon, didnot accept the case, and walked away. All cases are not about crimes that people do to us, some mysteries are just about how we afflict ourselves.

Aabir Basu is a North Kolkata-bred bearded and spectacled Bengali Bhodrolok. He has a master’s degree in Business Administration and is currently employed in some IT company. Aabir writes blogs about life, religion, photo-blogs, politics, short stories, one liner quotes and everything else. Please share your feedback with your comments. Click here for more
View all posts by Aami Aabir »
« Quote by Rabindranath Tagore
Nobody does »

One thought on “The fault is not in our stars, but in ourselves” 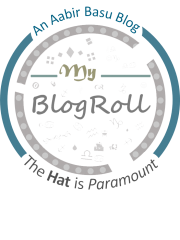 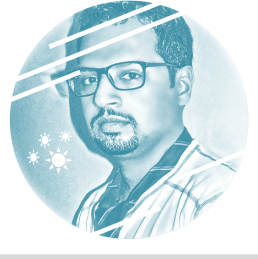